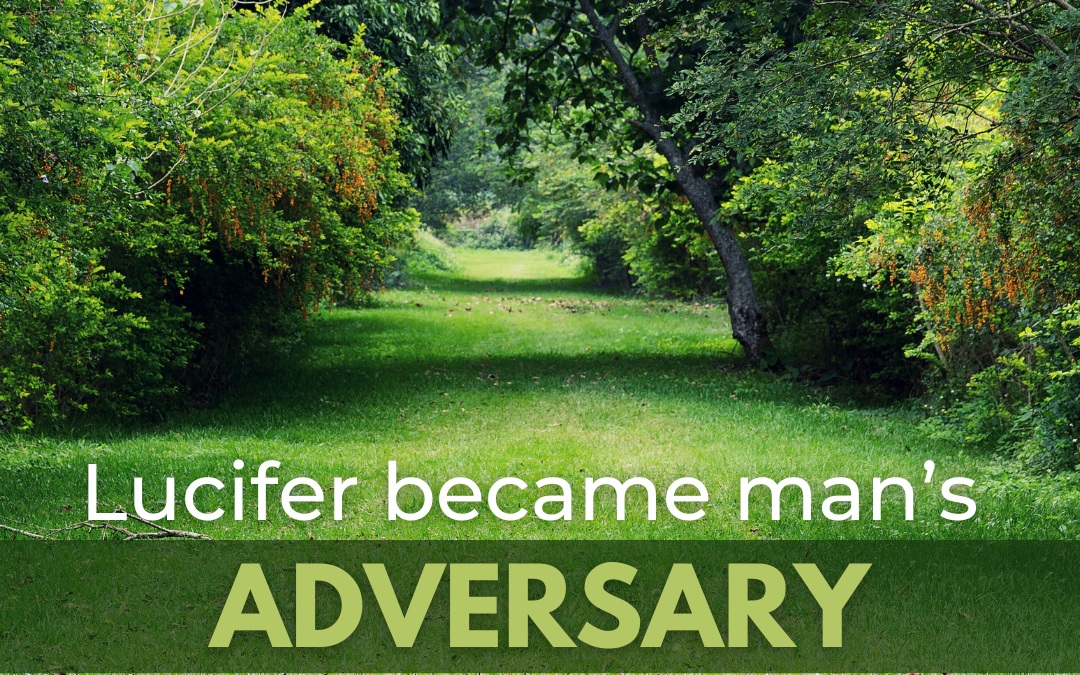 Did you know that Lucifer became Satan in the Garden of Eden? 👿

In Ezekiel 28:12-14 the spirit of the Lord speaking through Ezekiel is addressing Satan:

“You were the seal of perfection, full of wisdom and perfect in beauty. You WERE IN EDEN, the garden of God…You were anointed as a guardian cherub, for I had ordained you…From the day you were created you were perfect in your ways until iniquity was found in you.”

Lucifer was in Eden! 🍎

Lucifer was God’s PERFECT archangel – PERFECT in wisdom and PERFECT in beauty. 🥰

God gave Adam and Eve His BEST (because that’s what God does!) to guard and minister to them. ⚔️🎶

But then something happened that caused INIQUITY to stir in Lucifer…😬

Lucifer watched as God created a new species of being – humans – made exactly in His image, offspring of the MOST HIGH, created a little lower than God Himself. 🧑🏼👩🏼 (Gen 1:26, Ps 8:5)

He saw God care for, celebrate and eagerly give attention to this new species “man” in the same way a new parent dotes on their newborn baby. (Ps 8:4)😍

Not only that, but Lucifer saw God give mankind a flesh-and-blood body which legally gave them authority and dominion over the earth and everything in it! (Gen 1:26-28) 🧑🏻👩🏻

God crowned mankind with glory and honour, and set him over all of His creation, and gave him rulership over all things – including the angels! (Ps 8:5,6) 👑

Lucifer saw who God made man to be, what He did for them and what He gave them that He never gave to the angels…

Lucifer was engulfed with jealousy of man. He wanted what man had! 😡

So he came up with a plan to deceive man into giving him what he desperately wanted, and in doing so, HE would then become “god” of the earth. (2 Cor 4:4) 👑

And Satan’s tactics haven’t changed. The devil STILL needs humans, in flesh-and-blood bodies, to unknowingly submit to him in order to carry out his wicked plans on the earth. (1 Pt 5:8)

To learn more, listen to “Know Thy Adversary”, (Part 4 out now!) episodes 77-80 on Faith Talks with Emily Preston podcast!