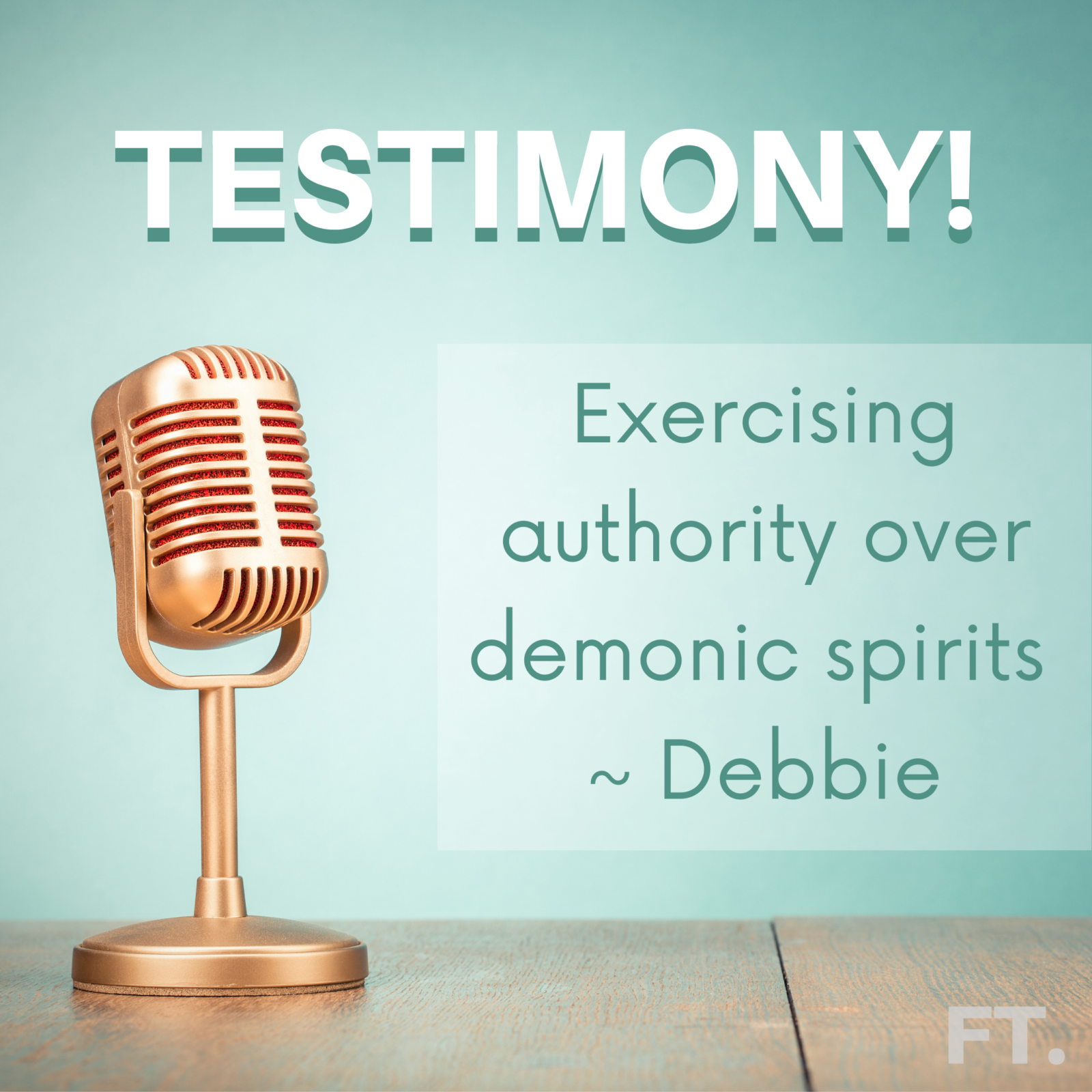 I was so thankful Jordan was there with all his literature because I had nothing to give her.  I told her she now had that powerful name inside of her and she never had to fear the devil again.  She broke into a big smile!
Within a few seconds Her ride came back to get her, it was her father.  As she was getting into the car she said “I’m reading this booklet and reading my Bible when I get home. ”
I turned to my friend and said “Oh my gosh that was absolutely incredible”. Then my friend said “Debbie you were totally the Boss of the Devil” just like Emily teaches.  She listens to you as well.
All this is to say thank you sweet girl.  This was the greatest Birthday Gift I have ever received. Your teaching empowered me to stand when this young girl couldn’t and now she is free. I was able to first hand witness the Power of the name of Jesus and the disarming of the enemy.
Blessings,
Debbie”
———————

Glory to God, how awesome is this testimony?! 😍

The more we renew our minds to who we are in Christ and the authority we have as believers, the more we will walk in and exercise it. Jesus is coming back for a victorious church! 🙌🏼🙏🏼☝🏼

Listen to my series, “You Are The Boss Of The Devil: The Believer’s Authority”, for more teaching on this subject.