We Are To Reign In Life As Kings! 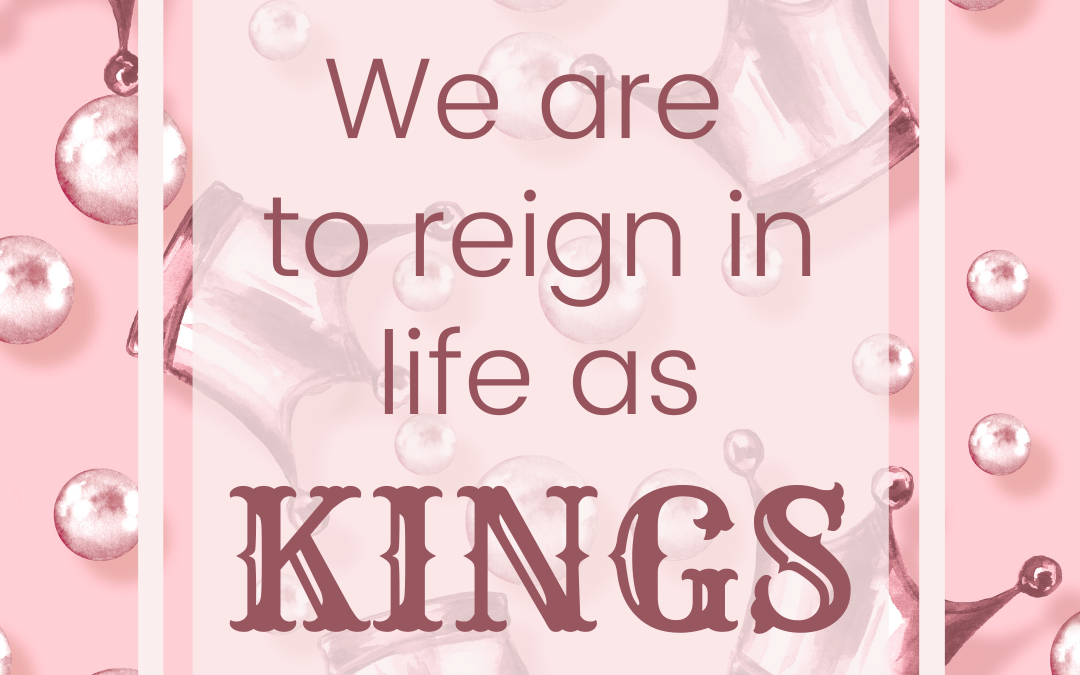 You may not be feeling very “royal” right now, but do you know that God has positioned you to REIGN in this life? 👑
.
Romans 5:17 tells us that, “…those who have received the abundance of grace and the gift of righteousness shall REIGN IN LIFE through One, Jesus Christ.”
.
That phrase “reign in life” literally means reign as KINGS! 🤴🏽👸🏻
.
What does that mean? 🤔
.
Well, here’s some interesting facts about kings:
.
👑 The title of “King” is an inherited position – it’s not earned or worked for, it’s a position that is bestowed on someone by birthright.
.
👑 A King is expected to engage in offensive war against the enemies of the kingdom when the King and/or kingdom’s safety and peace is compromised.
.
👑 A King has been granted divine power to carry out these tasks.
.
👑 A King is not King because of his physical location, what he’s wearing or doing, or even how he’s feeling, but because it’s the POSITION he holds.
.
👑 If a usurper shows up and attempts to challenge or steal a King’s position, a King is to employ all the resources of the Kingdom to DEFEND and MAINTAIN his position!
.
God has positioned us to REIGN in life and all of the above-mentioned facts about a “king” apply to us!
.
Most importantly, if a usurper shows up and attempts to challenge or steal our position, we have delegated authority and all the resources of the kingdom at our disposal to put that usurper back in its place! 👇🏼
.
Listen my newest podcast series on Faith Talks with Emily Preston as we go through the Word to find out more about this amazing position God has placed us in, and how to REMEMBER and MAINTAIN our position! 💪🏼
.
Part 2 of “Remember your Position!” out now! Click HERE to listen!